With Vietnam continuing to come into the forefront of expat’s minds, it’s time to do a post about general and interesting observations regarding Vietnamese girls. The truth is, the dating culture is drastically different than other countries around Asia, so it’s important to have up-to-date information about the girls of Vietnam.

Here are seven interesting observations I’ve made about Vietnamese girls.

Vietnamese women have a much different look than many of the other girls in the region generally considered Southeast Asia (The Phils, Thailand, Indonesia, etc.). This is likely because of Vietnam’s large border and close proximity to China.

You’ll find a bit more of the “pretty”, but round, face on Vietnamese girls. In addition, their skin tone tends to swing more towards the lighter side compared to the other SEA countries.

Simply put, you have a bit more of a melting pot genetics-wise in Vietnam.

This is fantastic, because you will have more variation with Vietnamese girls. You’ll be able to find more fair-skinned girls if that’s your thing.

And,they’re on average simply prettier than most other Asian countries.

The fact is that Vietnamese are nothing like other Southeast Asian girls when it comes to how quickly they will jump into bed with you. In fact, they far more resemble Eastern European countries like Ukraine and Russia—where it sometimes takes several dates to get a girl into bed.

That’s nearly unheard of in a place like Thailand.

Hell, some Vietnamese girls even make it very difficult to kiss them on a first date, just like those aforementioned Slavic girls.

Vietnam is a very conservative culture that frowns upon public displays of affections. In my opinion, there is not much of a stigma about girls dating foreigners. Most people don’t seem to care yet, and this is likely because Vietnam is a relatively new place for expats to flock to. Give it a few years and you may see more distaste towards the local Vietnamese girls dating foreigners.

Back to PDA though.

Of course, you know that this just means that girls have to be secretive about it. Make sure you learn the “secrets of the underground” regarding sex, if you know what I mean.

This post will teach ya how to do it.

#3: The English Level is Surprisingly Low

While places like Bangkok are full of Thai women that speak fantastic English, the same cannot be said so for Vietnam.

Vietnam’s economy is still growing and developing—this means that the younger Vietnamese girls are coming from the country villages to the big cities like Saigon and Hanoi. With this also comes a language barrier that can be difficult to understand. While they learn English in the smaller villages and cities, it doesn’t mean they have practice with it on a day-to-day basis (obviously!).

So you may struggle with some girls who don’t speak English.

Of course, the “easy” solution to this is to just learn Vietnamese.

Easier said than done though, right?

The truth is, just learning a bit of Vietnamese will open some doors for you. Remember what I said about more girls being traditional? This means that they are going to be slightly apprehensive about dating foreigners.

Speaking a dozen or so odd words in Vietnamese subconsciously register the correct answers in her mind about those questions.

No sane person without some plans to spend some decent time in Vietnam would start learning the local language—obviously far different than English.

Learning some words along with history show an interest in the culture. And showing interest in the language actually shows interest in her as a human being (wanting to make her life a bit easier by communicating in her native language).

See what I mean?

The great news is that not many people are going to expect you to learn Vietnamese fluently.

A Vietnamese girl isn’t going to hold that against you. However, being able to speak a couple dozen words puts you in the top 10% of the expat population (and ahead of every non-permanent tourist).

In addition, in the nightlife and daytime pickup scene, opening in Vietnamese gets you bonus points.

If I had to sum up Vietnamese girls in just one word, it would be “sweet”. This means that they are simply feminine and warm creatures. They know what makes men happy and make every effort to do so.

It’s very common for Vietnamese girls to bring me small gifts, foods, or drinks that I like. Randomly, on a whim. Not just special occasions. It’s just something that they like to do. It’s their way of showing affection for you (maybe as a way of making up for the lack of PDA, heh!).

Hopefully you can understand what I mean by genuine and warm. Many Vietnamese girls are just always happy, friendly, and easy to get along with. It’s simple feminine charm that is sometimes lacking in other parts of the world.

It really sets Vietnamese girls apart, and makes them top-notch long-term dating candidates (although not as good as an option for one night stands).

As a final observation, things are changing in Vietnam. The country is very quickly becoming more modern and westernized. The clock may be ticking on Vietnam.

Tinder is growing quickly, there are tons of girls utilizing this site, and the English levels (while poor) are improving.

Things take time to change. Don’t expect Vietnam to switch from a sexually conservative place to a sexually open place like Thailand overnight. However, the pieces are there for it to happen.

Give it ten years and a new generation, and you may find Vietnam is Thailand v2.0.

Get here while you can. You might just find the Vietnamese girl of your dreams.

PS: If you want to start your hunt for said dream girl, I’d start with Vietnam Cupid. 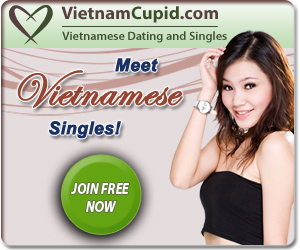 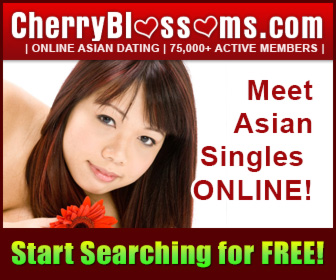